Tandav is finally here. Apart from Saif Ali Khan, the show features Dimple Kapadia in lead. Tigmanshu Dhulia and Kumud Mishra will also be seen in this series. Tandav will hit Amazon Prime on 15th January 2021.

This show is based on a political-thriller drama. Along with Saif Ali Khanâ€™s first look, the makers of the show have also released the teaser. This show is directed and composed by Ali Abbas Zafar. The teaser that has already released seemed to be quite interesting. The way it is portrayed it is assumed that it will be an amazing show to watch. Based on the teaser it seems that not much part of the story has been disclosed. The entire plot of the story is still unknown. It also shows some scenes where we spot the presence of Sunil Grover, Dino Morea, Amyra Dastur, Gauahar Khan, Sarah Jane Dias, Sandhya Mridul, Anup Soni, and Kritika Kamra. 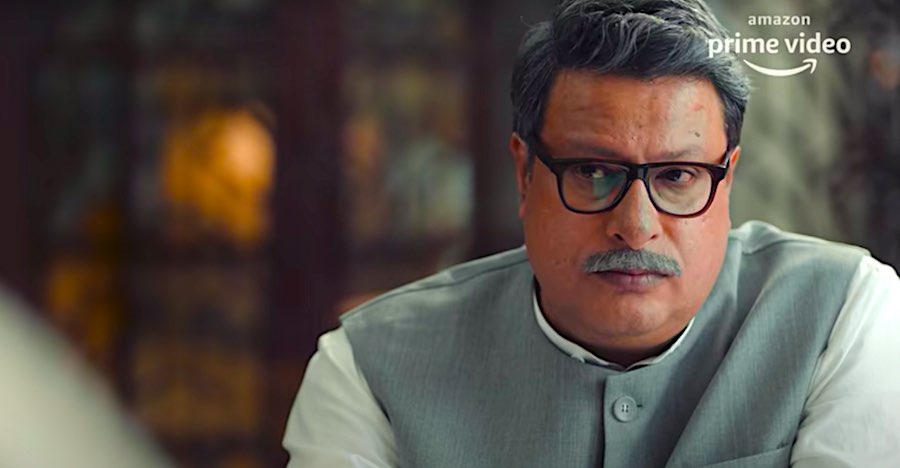 The teaser kickstart with the introduction of Saif Ali Khan's character, with a voiceover saying: "Hindustan ko Sirf Ek hi cheez chalati hai - Raajneeti. Iss desh mein jo Pradhan Mantri hai, wahi raja hai. (The only driving force in India is politics. In our country, the one who is the prime minister is the only king)."

Earlier, Saif Ali Khan has made his debut in OTT Platform with Sacred Games, which got released on Netflix in the year 2018. Tandav revolves around the theme of political power. This show will be the first digital debut of Dimple Kapadia. Earlier she was seen in Tenet by Christopher Nolan.

Tandav is a series of nine parts. It is directed by Ali Abbas Zafar. He has also directed Tiger Zinda hai, Bharat, and Sultan of Salman Khan. In one of the interview, Ali Abbas Zafar mentioned that â€œAs you watch the show, you'll realize that there is no right or wrong, there is no black or white; a world of power is about the world of greys. I believe that content must be backed by credible performances and I am fortunate to have such heavyweights in the show. I'm excited that my debut as a creator-director in the digital domain is with Amazon Prime Video which will take this intriguing and gripping story of Tandav to millions across the worldâ€.

Previous Article10 interesting facts about Ozark that makes the show more interestingNext Article10 quotes from Amazon Prime show The Boys that are worth remembering
Download Joyadda Mobile App
Get latest updates for web series/movies released on OTT platforms like Netflix, Hotstar, Zee5, SonyLiv and the launching for any new games