One Night in Miami is a 2020 release American drama film about a fictionalized gathering of Malcolm X, Muhammad Ali, Jim Brown, and Sam Cooke in a room at the Hampton House in February 1964, discussing their roles in the civil rights movement and cultural upheaval

The story of One Night in Miami is a fictional drama based on a real-life gathering taken place among the four most creative and amazing members in Black history. The movie also denotes Regina Kingâ€™s directorial debut on the screen, the one who became the first Black female filmmaker to screen a film at Venice International Film Festival, and is based on the play written by Kemp Powers, who also penned the screenplay.

The story revolves around the happenings that took place during the era of 1964, at the Hampton House Motel in Overtown, FL, when boxer Cassius Clay (Eli Goree), civil rights activist Malcolm X aka Kingsley Ben-Adir, singer and songwriter Sam Cooke aka Leslie Odom Jr., and Cleveland Browns running back Jim Brown aka Aldis Hodge assembled together to celebrate Clay's victory over Sonny Liston earning him the title of heavyweight champion of the world. 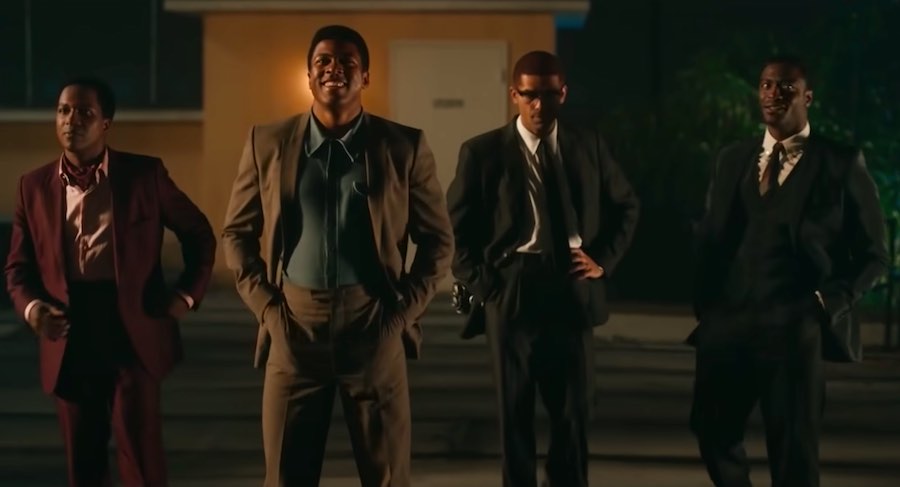 Coming after 22-year-old Clayâ€™s match as well as the unexpected victory, the men get together in the hotel room of Malcolm. However, the celebration happens in a dark and gloomy setup, when they talk about their life regarding their careers, social justice, racial inequality, ideological differences, and the burdens and responsibilities that they shoulder as public figures during the height of the Civil Rights Movement.

The story of One Night in Miami discusses the growing antagonistic bond of Malcolm with the Nation of Islamâ€™s (NOI) leader, Elijah Muhammad. In the movie, the increasing disappointments of Malcolm are centrally associated with the extramarital affairs of Muhammad, which flew in the face of his teachings. Nevertheless, the opinions of Malcolm about John F. Kennedy absolutely denoted an important turning point in their bond. Muhammad forbade Malcolm from communicating openly in public after feeling surpassed and frustrated by Malcolmâ€™s disobedience.

One Night in Miami is currently streaming on Amazon Prime Video

Watch Now
Previous ArticleOuter Banks: Itâ€™s official season 2 is coming and what happened so far!Next ArticleDhaakad: Kangana will be playing the role of Agent Agni in this action thriller movie
Download Joyadda Mobile App
Get latest updates for web series/movies released on OTT platforms like Netflix, Hotstar, Zee5, SonyLiv and the launching for any new games