Moxie is an upcoming 2021 release based on the American comedy-drama genre. The story is related to the narration taken from the novel of the same name by Jennifer Mathieu. It is directed by Amy Poehler from a screenplay by Tamara Chestna and Dylan Meyer. Featuring Hadley Robinson, Lauren Tsai, Josephine Langford, and Patrick Schwarzenegger the film is set to be released on March 3, 2021, by Netflix.

The official description by Netflix says, â€œFed up with the sexist and toxic status quo at her high school, a shy 16-year-old finds inspiration from her motherâ€™s rebellious past and anonymously publishes a zine that sparks a school-wide, coming-of-rage revolution.â€

The story of Moxie revolves around 16-year-old Vivian aka Hadley Robinson who starts an anonymous magazine to call attention to the sexist and toxic behaviors at her high school. It sparks a â€œcoming of rageâ€ revolution among the student body. The film is directed by Amy Poehler, who also plays Vivianâ€™s mother.

In one of the interview, Poehler had mentioned that â€œTelevision and film can do it in a really cool way and kind of show that things are just not as cut and dried and black and white as they seem to be. Sometimes, itâ€™s more helpful to watch or hear or relate to someone who didn't get it right than someone who did. When you really grind to get where you are ... you really feel like you've been responsible for all your success. And then you have to gently take a real look and be like, what opportunities were given to me that werenâ€™t given to somebody else? What doors were already open for me? And in what ways was I starting at the starting line rather than 10 paces back? â€¦ Iâ€™m just trying to stay flexible and open-minded as I grow up.â€ 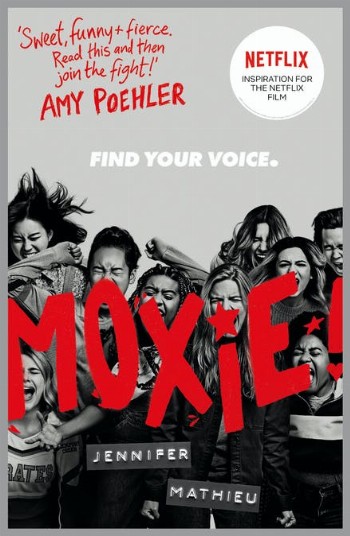