Life in a Year is a 2020 American-based romantic drama genre. The story is based on a 17-year-old teenager who gets to know that his girlfriend is dying of cancer. Directed by Mitia Okorn and written by Jeffrey Addiss, it features Jaden Smith, Cara Delevingne, Cuba Gooding Jr., and Nia Long.

Daryn has survived his life regarding a plan about how he alongwith his father Xavier made it up. Someone with bluish-green hair, a person who doesnâ€™t obey, and who was not the norm in Darynâ€™s life. Yet, the shake-up he presents is perhaps just what he needed. Especially as it becomes clear living his fatherâ€™s dreams has meant Daryn putting his own aside.

The movie starts off like a cliche, somewhat similar to Fault in our Stars, but this movie is awesome, driven mainly by great performances from the two leading stars. The storyline and the interpretation of it by both Jaden and Cara were magnificent. The movie is framed in such a way where you can learn the power of love, loyalty, dedication, sacrifice, and the pursuance of your dreams regardless of what people or the world think. The great storyline and a great message.

The narration is very emotional, heart-touching, uplifting, and motivating. Guaranteed to make everybody's eyes filled with tears! Highly recommend watching it!! The movie is a beautiful, yet sad romance story without being cliche. You will definitely not regret it after giving this a watch. The complete story has an amazing gripping screenplay.

The movie is worth a watch!!!

Watch Now
Previous ArticleTribes of europa: sci-fi TV Series is all set to hit NetflixNext ArticleSquared Love will be releasing on 11th February on Netflix 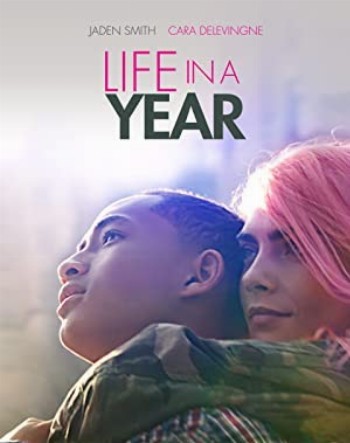 Life in a year's review, cast, rating and watch links

FAQs about Life in a year