Ever since the Queenâ€™s Gambit hit Netflix, it captured the attention of the viewers. It is an American dramatic television miniseries that is based on a novel. It is based on the life of an orphan named Beth Harman, and her journey towards becoming the worldâ€™s best chess player along with fighting back with her emotional traumatic stress dealt with alcohol and drugs.

However, as it is one of the top-rated series on Netflix, there are few interesting facts about it, that should know:

1. The Queen's Gambit was almost turned into a movie before this TV show â€” originally, Heath Ledger was set to make his directorial debut on the project before his death in 2008.

2. Anya knew nothing about chess before signing on to play Beth â€” she said she thinks it helped her "a lot" and allowed her to really dive into the world.

3. Originally, creator Scott Frank asked Garry Kasparov to play Borgov in The Queen's Gambit, but he turned down the role and became a consultant instead.

4. Every single chess game shown on screen was played by the actors in those scenes, including the fast-paced speed chess matches. 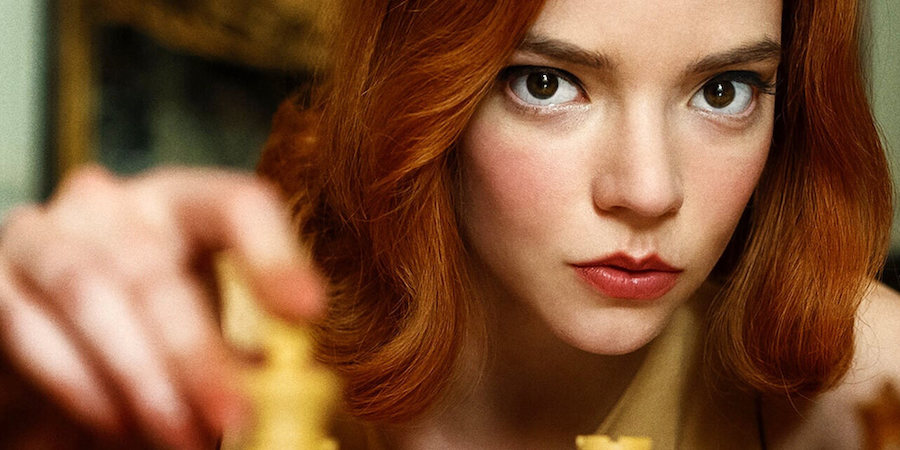 5. There were even chess matches where the board is never shown on screen, only the actors' faces, but they still played a real game.

6. Anya filmed The Queen's Gambit, Emma, and Last Night in Soho around the same time, and actually only had "one day off" in between each project.

7. Some of the inspiration behind how to film the chess matches in The Queen's Gambit came from watching Ed Zwick's film Pawn Sacrifice â€” in the movie, the faces of the players are shown more often than the chessboard.

8. All of the hypothetical chess situations that play out in Beth's head and are seen on screen include real chess moves that could happen â€” basically, the VFX team also learned chess while doing the effects.

9. Anya is a massive Harry Potter fan and said Harry Melling, who played Harry in The Queen's Gambit and Dudley in the Harry Potter films, "graciously" sat and listened to her freak out over his involvement in the popular films.

10. And finally, Anya cried during "every single take" while filming the final moment of the series when Beth plays chess in the Russian park â€” she said she was just "so happy" for Beth at that moment.

Previous ArticleUmbrella Academy season 3 that we are eagerly waiting forNext ArticleReasons for which you should watch F.R.I.E.N.D.S again and again
Download Joyadda Mobile App
Get latest updates for web series/movies released on OTT platforms like Netflix, Hotstar, Zee5, SonyLiv and the launching for any new games