Fighter, which is Hrithik Roshan and director Siddharth Anand's third collaboration, is all confirmed to get a release in theatres on 30th September 2022. 'Fighter' is assumed to be based on an action thriller drama genre.

On his 47th birthday Hrithik Roshan, as well as his co-actor Deepika Padukone announced their new film Fighter. The two will be seen sharing screen space for the first time in the film, helmed by War director Siddharth Anand.

In an Instagram post, Roshan mentioned, "This one is special as it deepens my association with a director and a friend whose journey I have witnessed from being an AD [assistant director] on my sets to directing me in Bang Bang and War. And now as he turns producer for Fighter, I canâ€™t seem to contain my excitement. This one is pure adrenaline for the heart and mind."

Taking it to his official Twitter handle, Hrithik shared a glimpse of his upcoming film and wrote, â€œPresenting a glimpse of the MARFLIX vision as #Fighter! Looking forward to my first flight alongside the exceptional @deepikapadukone. All buckled up for this #SiddharthAnand joyride.â€

The actor said itâ€™s a special film as it deepens his bond with Anand, whose journey he has witnessed from being an assistant director on his sets to helming two of his hit films.

â€œAnd now as he turns producer for â€˜Fighterâ€™, I canâ€™t seem to contain my excitement. This one is pure adrenaline for the heart and mind.

â€œSo here goes boom. Thank you, Sid, for believing in me and making me your co-passenger yet again. Hereâ€™s to your journey towards the sky,â€ Roshan wrote.

Previous ArticleFate: The Winx Saga will be streaming on Netflix this JanuaryNext ArticleAltered Carbon: What do we know about this Netflix Show 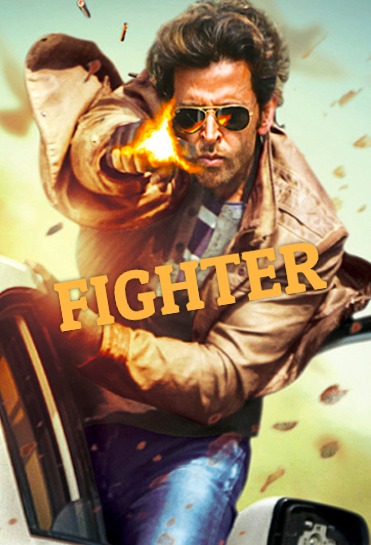