Hero Mode is a comedy movie directed by A.J Tesler, Written by Jeff Carpenter a film filled with fun humor and intelligence. The movie stars Mira Sorvino, Chris Carpente, Sean Austin and more. The story was written by Chris, Ellie, Jeff, and Marcy Carpenter And Screenplay by Jeff Carpenter. The movie will be releasing on June 4, 2021. The movie comes up with a tagline called Every hero has a code which is attracting and faceting when it comes to the understanding of the line which directly links with the movie.

The story is about a teenage boy who from childhood has been fascinated with coding because his parents own a gaming company, one of the best companies in the market and since childhood, the boy is really into gaming and coding. Although the parents donâ€™t know about this talent of him. There was a time where the company has to present one of the biggest game in the market which everyone is eagerly waiting for but a problem breaks out in the game and take too long to solve where the company just have 30 days to solve it, The boy insists his parents give him a chance to solve out the problem, and it turns out he is good at this, his mother gave him a chance and make him in charge of the game. The boy just has 30 days to step up on his word to solve all the problems in the game before it releases in 30 days. At first, he found confidence but the balls were not falling in his place completely, He asks his friends to help him so he can achieve his dream to work in his parent's company.

The movie is filled with humor and intelligence where a teenage boy just has 30 days to give his all out for the amazing games, his parents, their company, and his future dream with the help of his friend. If he failed his parent's company and they become penniless so it is a tough position for a boy to be in where he can make or break the whole situation and many people relied on him. It is really interesting to find out what will be the end did the boy break the shell and emerge as a hero or a lack of experience for a teenage boy drag him down and failed him in coding. The movie is overflowed with comedy and a great sense of humor of the characters, the dialogues, and conversation between the characters whether it's between friends or parents is fun and enjoyable. Hero Mode is a completely light-hearted movie with a nerdy and gaming touch.

Hero Mode will one of being the fun movie which you can watch numerous time still it feel refreshing and enjoyable, The theme is very basic, simple, and heard before but the concept, character, and games will be the stealing part of the movie. Base on the comments written by viewers after the trailer show they are interested in watching the fun movie and looking forward to the end of the movie. The cast, directors, screenplay writer, and makers have worked very hard on the movie to give a fun and gaming experience touch in the making, IT

will be interesting to see how it will reciprocate by the viewers, The critics and fans are also looking forward to the movie to have a fun laugh relief by this movie. The movie is releasing on June 4, 2021, So make sure to mark your calendar for this movie.

Tags
Previous ArticleSherni Trailer roars to our hearts: Vidhya Balan back in Versatile roleNext ArticleMaharani: Huma Qureshi as Rani Bharti is ruling the Bihar politics in the show 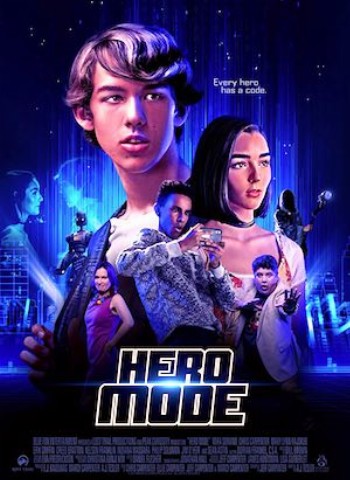