Drishyam-2 is a 2021 Indian Malayalam language drama thriller film written and directed by Jeethu Ghosh and produced by Antony Perumbavoor. It is a sequel to the 2013 film Drishyam, which was able to make a mark among the audience at that time. The film continued with its original star cast starring Mohanlal, Meena, Ansiba Hassan, and Esther Anil.

The movie begins with a runaway convict Jose who takes shelter in the under-construction police station and unfortunately saw Georgekutty hiding Varun's body but Jose was caught by the police later. After six years passed, the whole scenario has changed. Georgekutty (Mohanlal) has now become a rich and wealthy person, owner of a film theatre, and has a dream to produce a movie apart from obligations from his family. Rani (Meena), her wife, was not happy that Georgekutty was spending so much time and money to make a film. But Georgekutty was not ready to give up on his dream at any cost.

Georgekuttyâ€™s Elder daughter Anju (Ansiba) is still not able to overcome the fear of Varun's death and is suffering from fits of epilepsy. The fear of being arrested had taken a troll on her mind. So, every time she hears the siren of a police van she gets scared and paranoid. Her mother Rani was really getting stressed about Anju's condition. She wanted Anju to lead a normal life and wanted to marry her off in a good family. But neither Georgekutty nor Anju was ready for the marriage. At times she used to feel lonely and the only person she trusted was her neighbor Saritha, with whom she used to share her feelings. A few years back Saritha had come to live near their house with her husband Sabu, who was a drunkard and often used to beat Saritha for money. And because of his abusive behavior, Georgekutty and his wife complained about him to the police. Police warned Sabu and left him after giving a strict warning.

Whereas even after six years have been passed since Varunâ€™s murder but the police were still facing humiliation as they were still not able to find the real truth behind the murder of Varun. And soon under the newly appointed I.G Thomas Bastin (Murali Gopi), the case was again going to be reinvestigated. In a bid to find the truth they started spying on Georgekuttyâ€™s family. 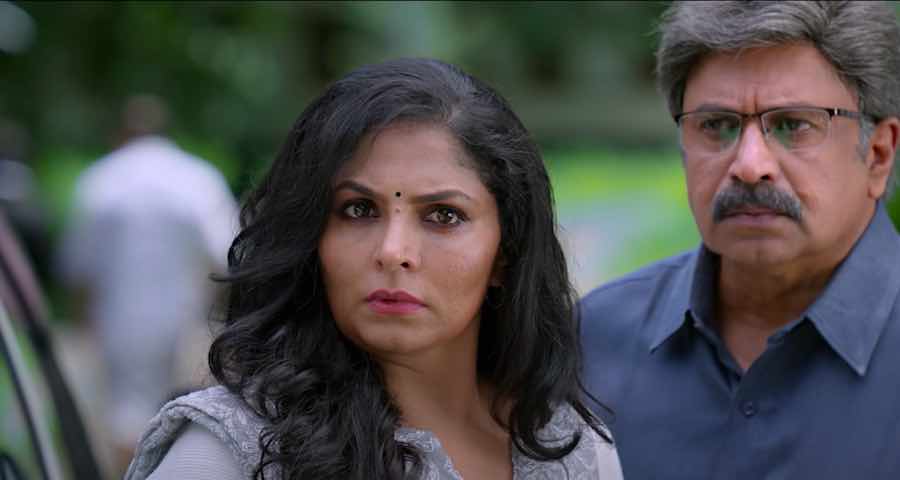 On the other hand, Varun's father Prabhaker was still not able to overcome his sonâ€™s death and wanted a final closure by performing the last rites of his son. He tried to persuade Georgekutty to give him the information about his sonâ€™s body but Georgekutty denied it. He showed his helplessness and tried to explain to Prabhaker that he cannot risk his family members' life and safety at any cost.

Georgekutty's younger daughter Anu (Esther Anil) was also trying hard to be normal. She too wanted to have friends, parties, and sleepover nights with friends. But after Varunâ€™s incident, her mother Rani was still afraid to let her go to anyoneâ€™s house. But watching Anu getting sad, Georgekutty convinced Rani to host a party at her place. Rani was scared that Anu or Anju might break down one day and her family might get arrested for Varunâ€™s death. Anu broke down in front of Saritha and shared all the details of Varunâ€™s death. She also shared the place where Georgekutty Had hidden Varunâ€™s body. But it turned out that actually her best friend Saritha and her husband Sabu were undercover cops and were assigned by Bastin to spy on their family and to discover the reality behind Varunâ€™s death. Not only Saritha and Sabu but Bastin also hired a boy who was his friendâ€™s son to become friends with Anu and try to know the truth behind Varunâ€™s death. 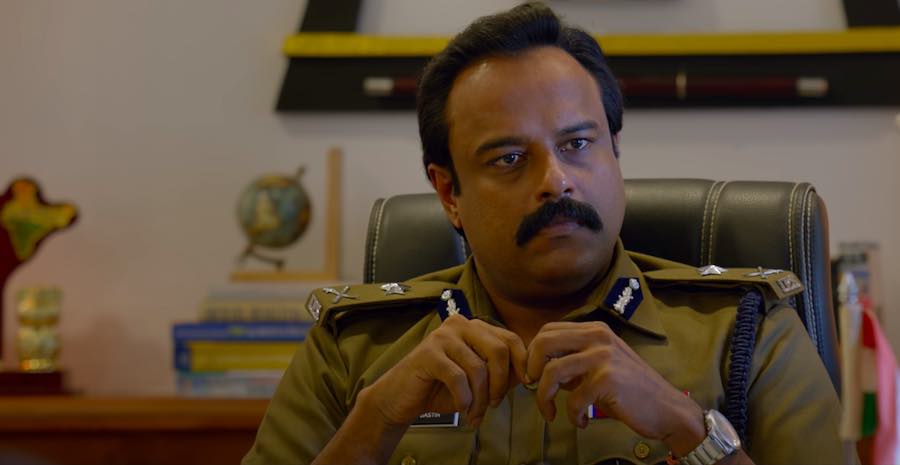 Meanwhile, Jose has been released from prison and was trying to get back to his family but his wife refused to accept her back as Jose had killed her brother in an ugly spat. Jose requested his mother to convince her wife but she asked him to earn some money. Jose came to know about the dead body which was found under the police station. And to earn some good money he agreed to reveal the truth about that night. Varun's parents Geetha and Prabhakar agreed and gave in to Jose's demands. And on the given information by Jose, the police were able to arrest Georgekutty and his family. They started torturing Georgekutty and his family so that he admits to his crime. So, what do you think Georgekutty will be caught now or will he be able to save his family from the hands of law once again.

After the super-duper hit of Drishyam, it must have been really very hard for director Jeethu Joseph, to fulfill the expectation without falling its reputation and we must admit that he has really succeeded in doing it in a fabulous way. Though the first half of the movie seems to move at a low pace but after the second half you get to know how they were building and connecting each character. The moment everybody thinks that everything is going to fall off very soon but boom an interesting twist holds you tight once again. With such a powerful performance by Mohanlal as Georgekutty and equally outstanding performance by all the characters, this sequel is undoubtedly going to impress and entertain you in an interesting way. A very well-written and very well crafted movie, ready to swipe your feet off the ground.

Previous ArticleInto the Dark: Good Boy story summary, review and other detailsNext ArticleSalman Khan confirmed Radhe will be releasing on Eid by launching new poster of the movie
Download Joyadda Mobile App
Get latest updates for web series/movies released on OTT platforms like Netflix, Hotstar, Zee5, SonyLiv and the launching for any new games