Kangana Ranaut recently shared the poster of her film Dhaakad. Itâ€™ll be released on the 1st of October in the cinemas. The movie is directed by Razneesh Ghai. Itâ€™s produced by Deepak Mukut and Sohel Maklai and Asylum Films and co-produced by Qyuki Digital Media. Arjun Rampal and Divya Dutt will also be seen in the movie. Kangana Ranaut will be seen in a full-on action mode. Kangana Ranaut looks fierce and stunning in black top and shorts with a sword in her hand ready to kill which can be seen in the new poster of Dhaakad released on social media. She is playing the role of Agent Agni in Dhaakad, to which she said is â€œIndiaâ€™s first female-led action thriller.â€

The teaser of the movie was released in August 2020 where we can see her going through a burning city firing a machine gun. The actor is currently shooting the movie in Madhya Pradesh. She talked about this movie to become a benchmark film for her career and claims to be her turning point in Indian cinema. The film is going to be in the theatre on October 1 and the audience canâ€™t wait to watch it.

Watch Trailer
Tags
Previous ArticleOne Night in Miami is streaming on Amazon Prime: What you need to knowNext ArticleWe can be Heroes: Know more about this movie streaming on Netflix without spoilers 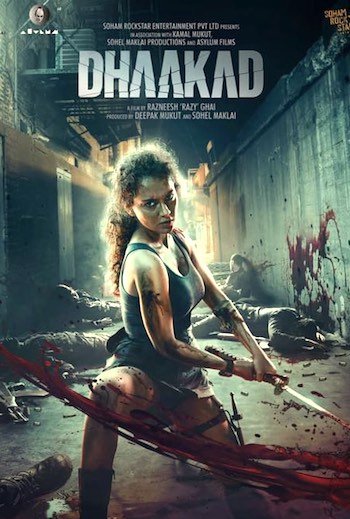