Disney has made the confirmation that Marvelâ€™s Black Widow will be hitting the theatres simultaneously on Disney+ on July 9th, 2021. The Scarlett Johansson-based superhero film was initially declared to get a release in theatres in May 2020 before being postponed numerous times due to the COVID-19 pandemic. Finally, the release got confirmed and the latest fixed date is 9th July. However, previously it was scheduled for May 7th, 2021 release.

Black Widow will be releasing on Disney+ through Premier Access, the serviceâ€™s $34.99 program that has been required to watch select films â€” like Raya and the Last Dragon and Mulan â€” on top of a Disney+ subscription.

Apart from the delayed release of Black Widow, Shang-Chi, and The Legend of the Ten Rings, the first Asian superhero film of Marvel, featuring Mississaugaâ€™s Simu Liu, has also been dragged from July 9th to September 3rd. The film is still set to release exclusively in theatres. Adding on to that, Disney has also made it clear that Cruella, the live-action 101 Dalmations film starring Emma Stone, will be streaming on Disney+ Premier Access and will be releasing at the theatres on May 28th, 2021.

Meanwhile, Pixarâ€™s Luca, starring Vancouverâ€™s Jacob Tremblay in the pivotal role, will be releasing on Disney+ on Friday, May 28th, 2021. Excluding Black Widow or Cruella, though, the film will be made available to all Disney+ subscribers, with no Premier Access fee required. 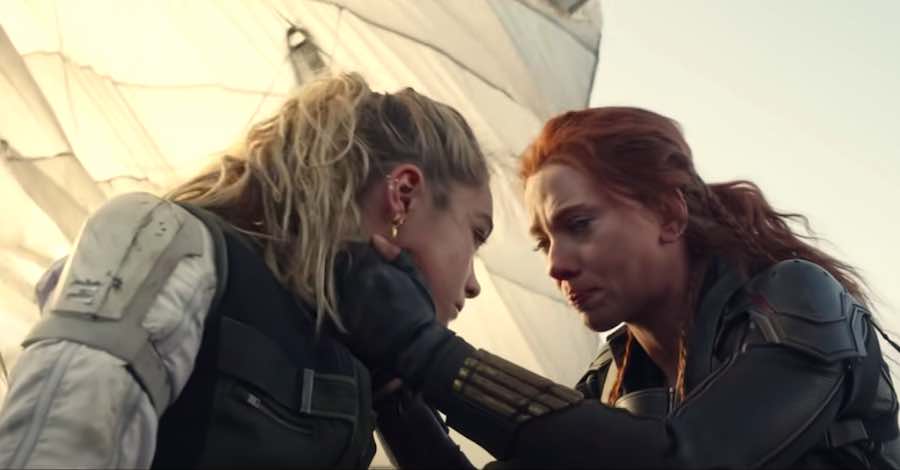 In the film Black Widow, Natasha Romanoff will be facing off the intense and darker sections of her ledger when a dangerous conspiracy with certain connections to her past pops up. Followed by a force that will take a pause at nothing to bring her down, Natasha must be handled with her history as a spy and the broken relationships left in her wake long before she became an Avenger. Directed by Cate Shortland and produced by Kevin Feige, the movie stars Scarlett Johansson reprising her role as Natasha Romanoff. Florence Pugh stars as Yelena Belova, David Harbour as Alexei Shostakov aka Red Guardian, and Rachel Weisz as Melina Vostokoff.

â€œTodayâ€™s announcement reflects our focus on providing consumer choice and serving the evolving preferences of audiences. By leveraging a flexible distribution strategy in a dynamic marketplace that is beginning to recover from the global pandemic, we will continue to employ the best options to deliver The Walt Disney Companyâ€™s unparalleled storytelling to fans and families around the world,â€ said Kareem Daniel, Chairman, Disney Media & Entertainment Distribution.

Tags
Previous ArticleSandeep Aur Pinky Faraar review: An average watch for Arjun and Parineeti fansNext ArticleDid you meet the new Captain America from The Falcon and The Winter Soldier?
Download Joyadda Mobile App
Get latest updates for web series/movies released on OTT platforms like Netflix, Hotstar, Zee5, SonyLiv and the launching for any new games