Altered Carbon is an American cyberpunk series that is related to the 2002 novel, carrying the same title by author Richard Morgan. It is created by Laeta Kalogridis. The show got released on Netflix on 2nd February 2018 with its first season comprising of ten episodes. The story revolves around how a former soldier got transformed into an investigator, solving a murder mystery. On July 27, 2018, the series was renewed for a second season of eight episodes which was released on February 27, 2020, with an anime film set before the first season released on March 19, 2020. 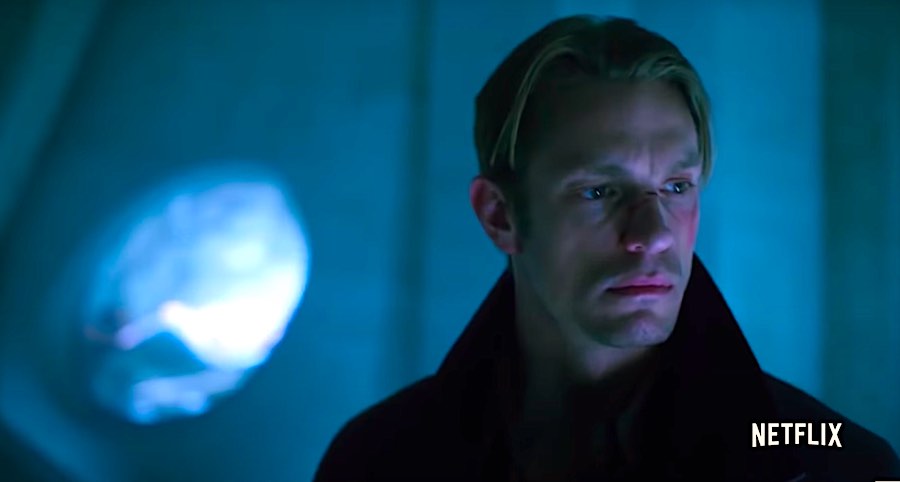 The show is amazing as it portrays the true description of selfish human nature and the quest to have eternal life. The Sci-Fi storylines, props, visuals, and ideas of earth 250 years into the future are pretty realistic to what (and where) our future is actually heading as weâ€™re fast approaching singularity. Joel Kinnaman brings the character of Takeshi to life instead of being a generic tough action hero. He's quite relatable in many regards and raises the show up a notch in the excellently executed action sequences.

It poses deep philosophical questions as to how we approach the concept of death as a species with the advent of new technology. The action is great and the women are beautiful, especially Ms. Higareda. Altered Carbon may seriously be the best TV show Netflix has ever produced. Everything down to the cinematography, the sense of direction, the subtext going on within the actors, and the fluid writing make Altered Carbon one of the best tv-shows

Within a final couple of episodes, all the pieces of the puzzle come crashing into place in a spectacular fashion. It has a super cool feel, the cinematography was great, and the plot progression was definitely addicting.

Watch Now
Previous ArticleHrithik Roshan is coming with a bang with his upcoming movie â€˜FIGHTERâ€™Next ArticleJeet ki zid: A zee5 show based on real-life story of Kargil war hero
Download Joyadda Mobile App
Get latest updates for web series/movies released on OTT platforms like Netflix, Hotstar, Zee5, SonyLiv and the launching for any new games