Bhuj: The Pride of India will be accompanying other movies that got released on OTT Platforms. The story revolves around the setup of the Indo-Pak war held in 1971. it is about the life of IAF Squadron Leader Vijay Karnik, the then in-charge of the Bhuj airport who, with his team, reconstructed the IAF airbase with the help of 300 women from the local village Madhapar. 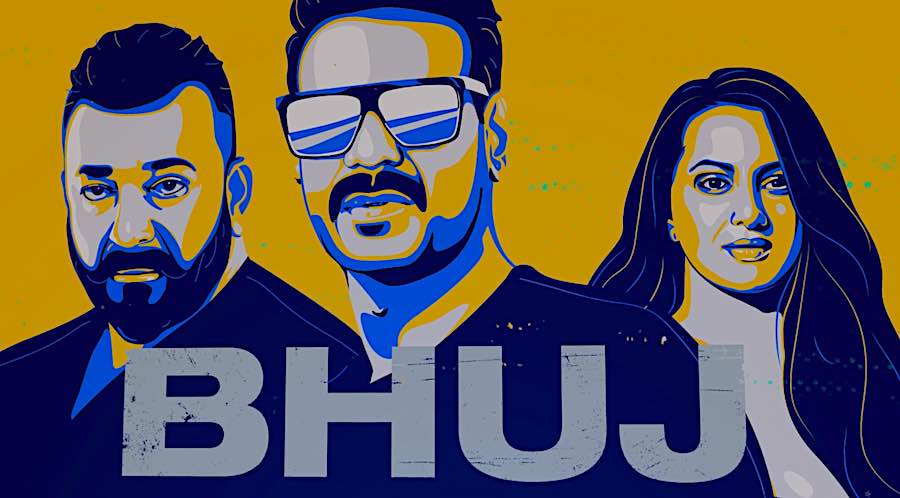 In the movie, Ajay Devgan will be portraying the character of Squadron Leader Vijay Karnik. Apart from this, Sanjay Dutt, Rana Daggubati, Sonakshi Sinha, Parineeti Chopra, and Ammy Virk will also be seen in lead roles.

In one of the interviews Ajay Devgan mentioned that â€œAfter Tanhaji, Bhuj is also based on a true story, the war of 1971. Iâ€™m playing an IAF Squadron Leader Vijay Karnik. Itâ€™s a very interesting film about how a group of people saved Bhuj from getting taken over during the war. I wonâ€™t reveal more than this right now. I think itâ€™s a big scale for meâ€.

Bhuj: The Pride of India is a story that shares the courage of 300 women of Madhapur in Gujarat. They all assembled together to reconstruct the only runway in Bhuj that got demolished during the war. In this movie, Sonakshi Sinha will be seen portraying the character of Sunderben Jetha Madharparya.

Previous ArticleThe Mandalorian: Interesting facts to remember from season 1Next ArticleBest comedies shows and movies that entertained us in 2020
Download Joyadda Mobile App
Get latest updates for web series/movies released on OTT platforms like Netflix, Hotstar, Zee5, SonyLiv and the launching for any new games